Here’s What Menno Henselmans Has To Say…

Red meat consumption is correlated with cardiovascular disease in many studies. However, people that eat more red meat on average also have a significantly worse lifestyle than people that eat less red meat. They smoke more, they consume more sugar and they’re less wealthy. So is red meat or one of these other factors the culprit? Covariate analyses are always limited by knowing the covariate and having it in your data set, among other limitations.

A new systematic umbrella review of reviews used the Bradford Hill criteria to check if the associations between eating red meat and adverse health outcomes are likely to be causal. Their conclusion: “We infer red and processed meat intakes are not causally related to cardiovascular disease outcomes due to consistently weak associations and a lack of coherence with experimental evidence. However, we infer processed meat […] intakes are potentially causally related to type 2 diabetes mellitus due to consistently strong associations.”

One interesting finding was that the relationship between all-cause mortality and red meat consumption failed the specificity test, because red meat intake also correlated with multiple causes of death for which there is no biological plausibility. Red meat intake correlated with accidental deaths, for example. Does eating red meat make you get into car crashes or fall of your roof?

The team of researchers declare they received money from the meat industry to fund their research but the sponsors were not involved in the research itself. 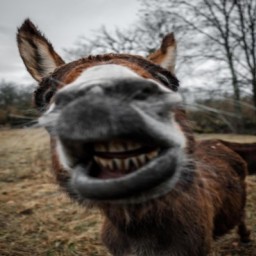 Hello, I'm here to motivate, educate, maybe even entertain a bit. I'm a geek and I'm into health and fitness, so I thought I'd make a site to combine the two and help others along the way. Enjoy.

If you give me your address, I promise to hit you up with even more emails than you're already getting. No telling what you'll get from me, but I'll try my best to keep it informative and fun. So, sign up brave soul.